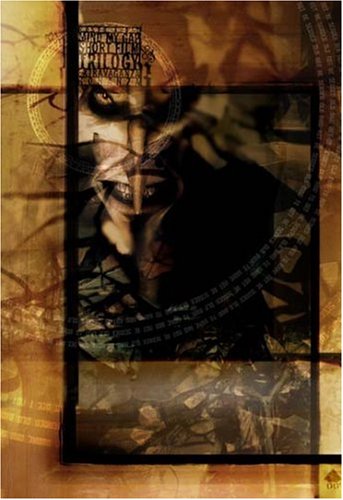 Amsterdam based filmmaker/artist Rosto and his studio Rosto A.D are internationally known and acclaimed for his short films as well as music videos and TV work.

The short films “Beheaded”, “(the rise and fall of the legendary) Anglobilly Feverson” and “Jona/Tomberry” (winner of the Grand Prix Canal+ at the film festival of Cannes 2005), selected at many prestigious festivals and winning numerous awards, formed a trilogy of “Mind My Gap” films.

“Mind My Gap” is considered Rosto A.D’s magnum opus: an expanding mixed media project with its roots in the nineties that appeared in the public eye for the first time in 1998 as a pioneering online graphic novel, but quickly branched out with films and music. Everything is connected in Rosto’s work and it all leads back to the Gap universe. An overview of all films and related works, a program called “So Far So Evil”, was exhibited at several international festivals including Annecy in 2008. The online novel might have been concluded in 2013 but the total project is not finished. Far from it.
www.mindmygap.com

Beheaded – 2005 – 3’05
Weill meets Disney in depressingly optimistic end-credits.
It was “just” a dream; off with his head!

Anglobilly Feverson – 2002 / 9’45”
Melies meets Kerouac in a cryptic roadmovie through the clouds. Instead of a hole in the head, Diddybob gets a story about the hole in the sky.