This year at the Cartoon Movie 2013 (who stood by 6 at 9 mars, In Lyon), the co-production forum for European animated feature films, two feature film projects were pitched by Autour de Minuit.

French Film and Ecran Total talk about it ...! 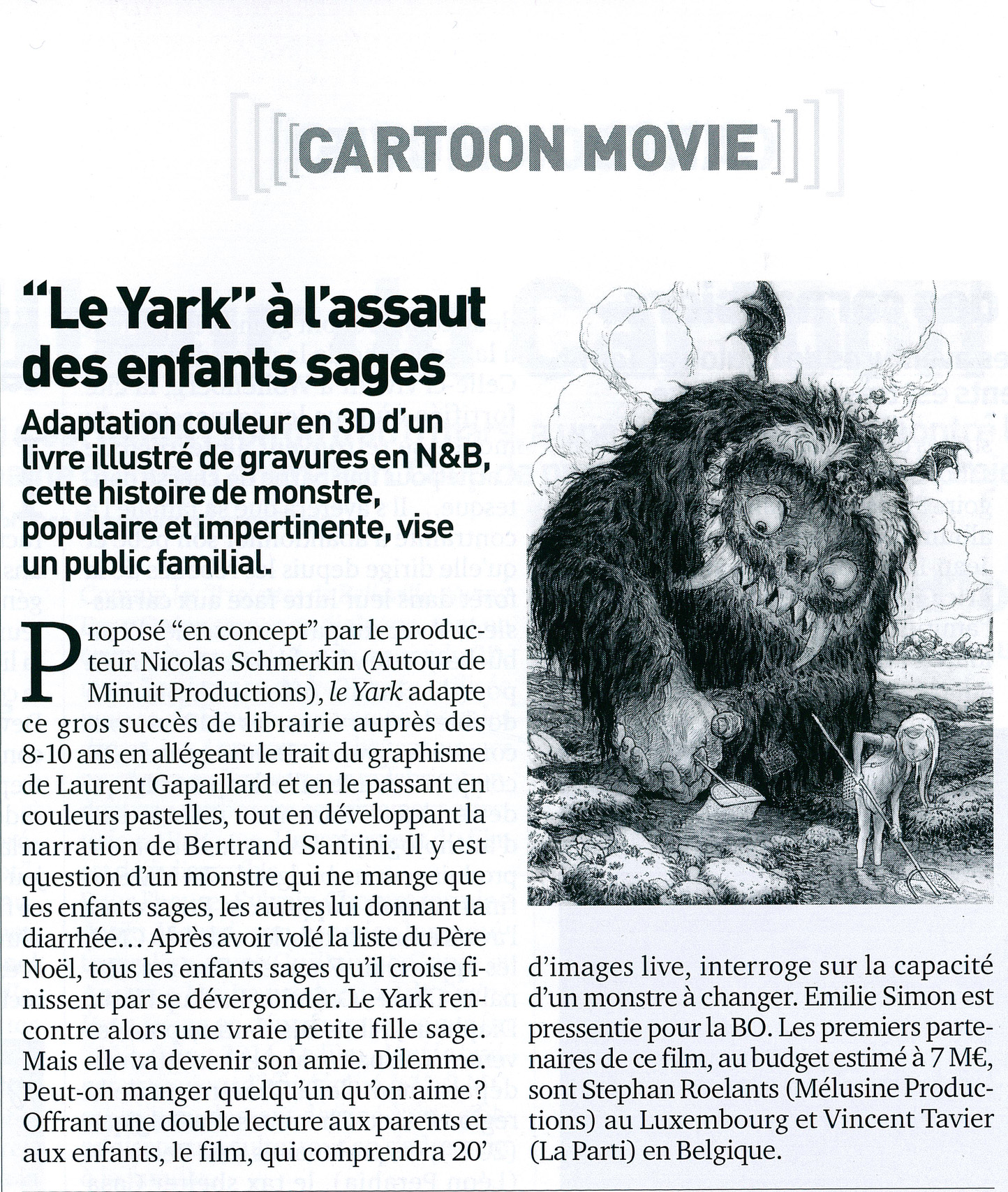 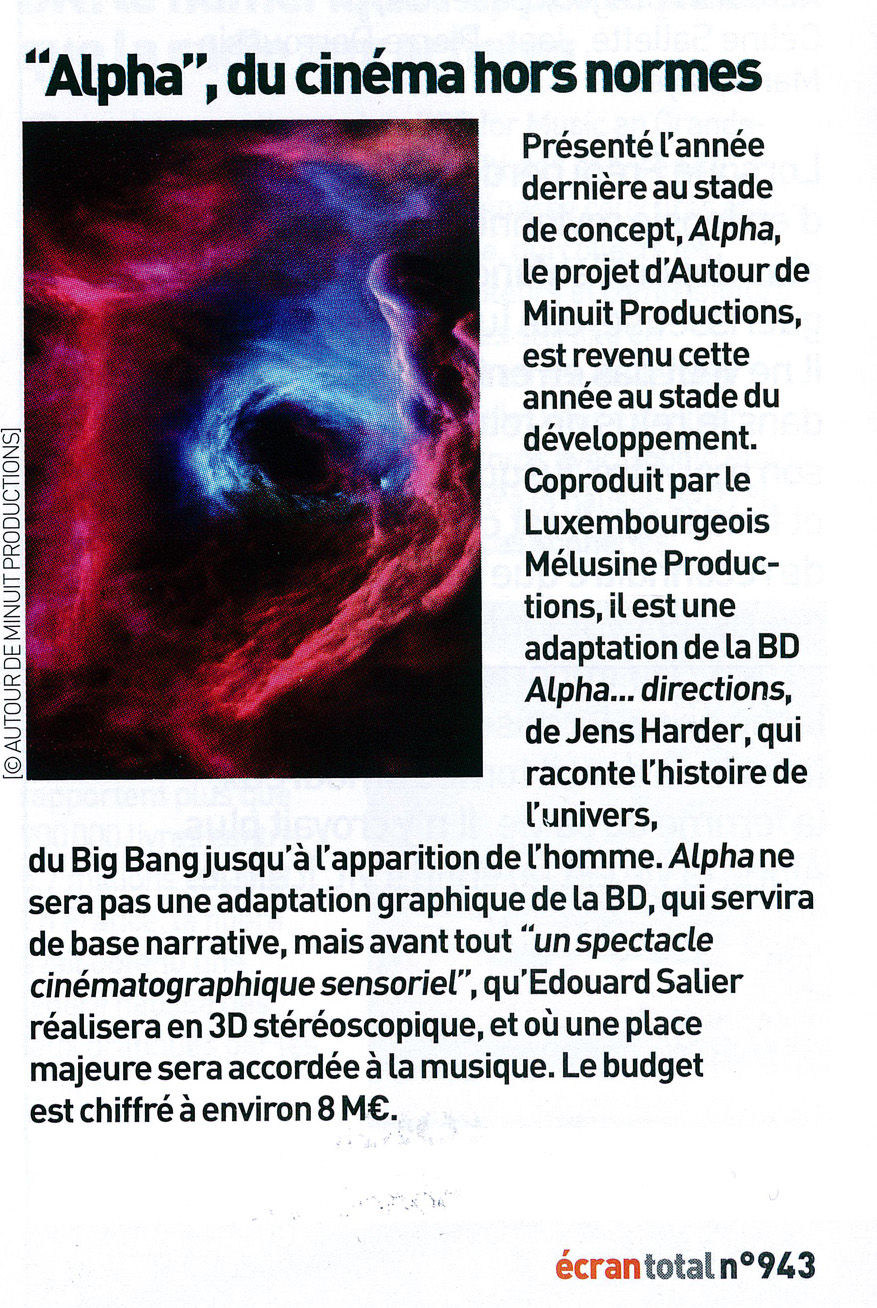 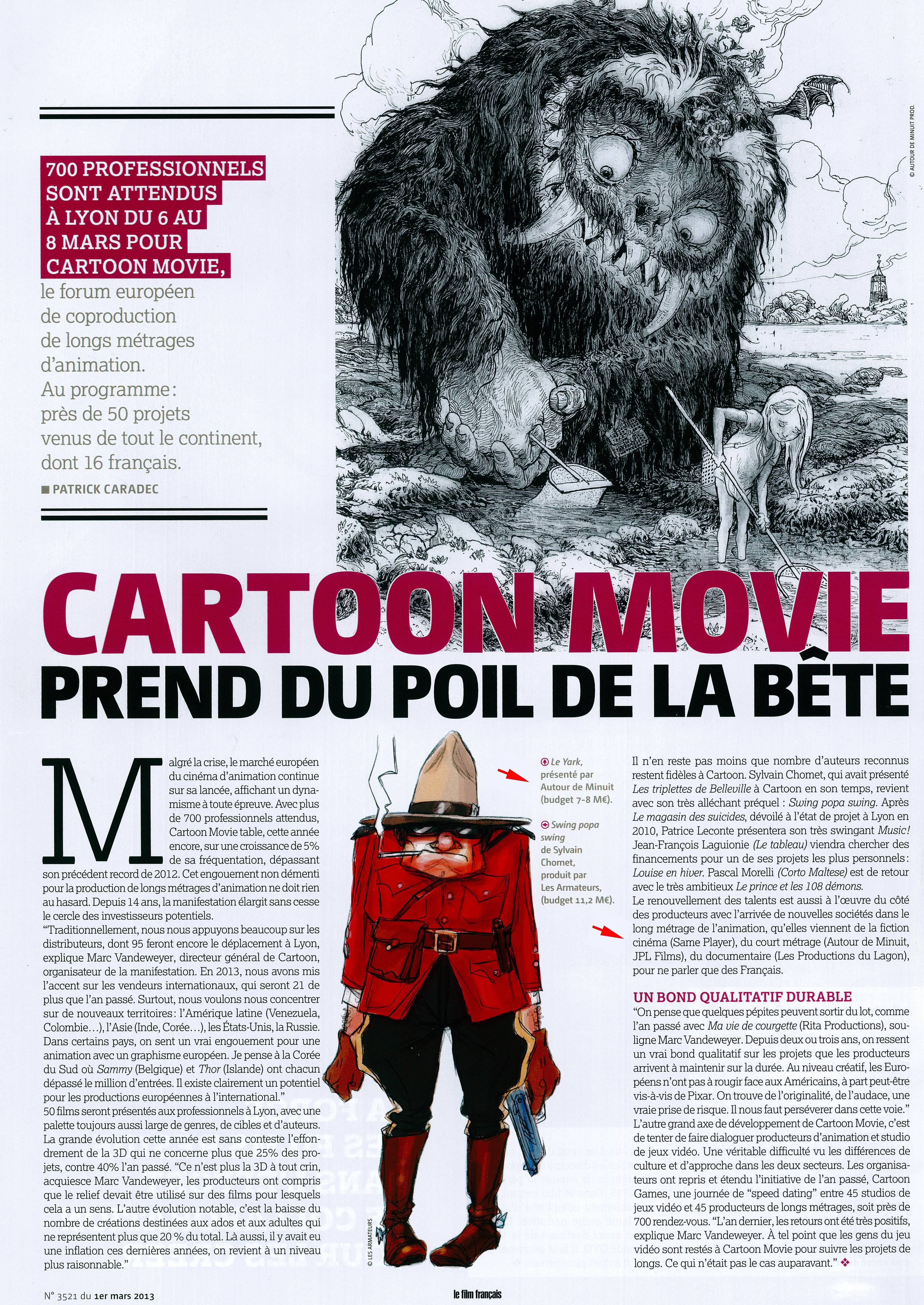 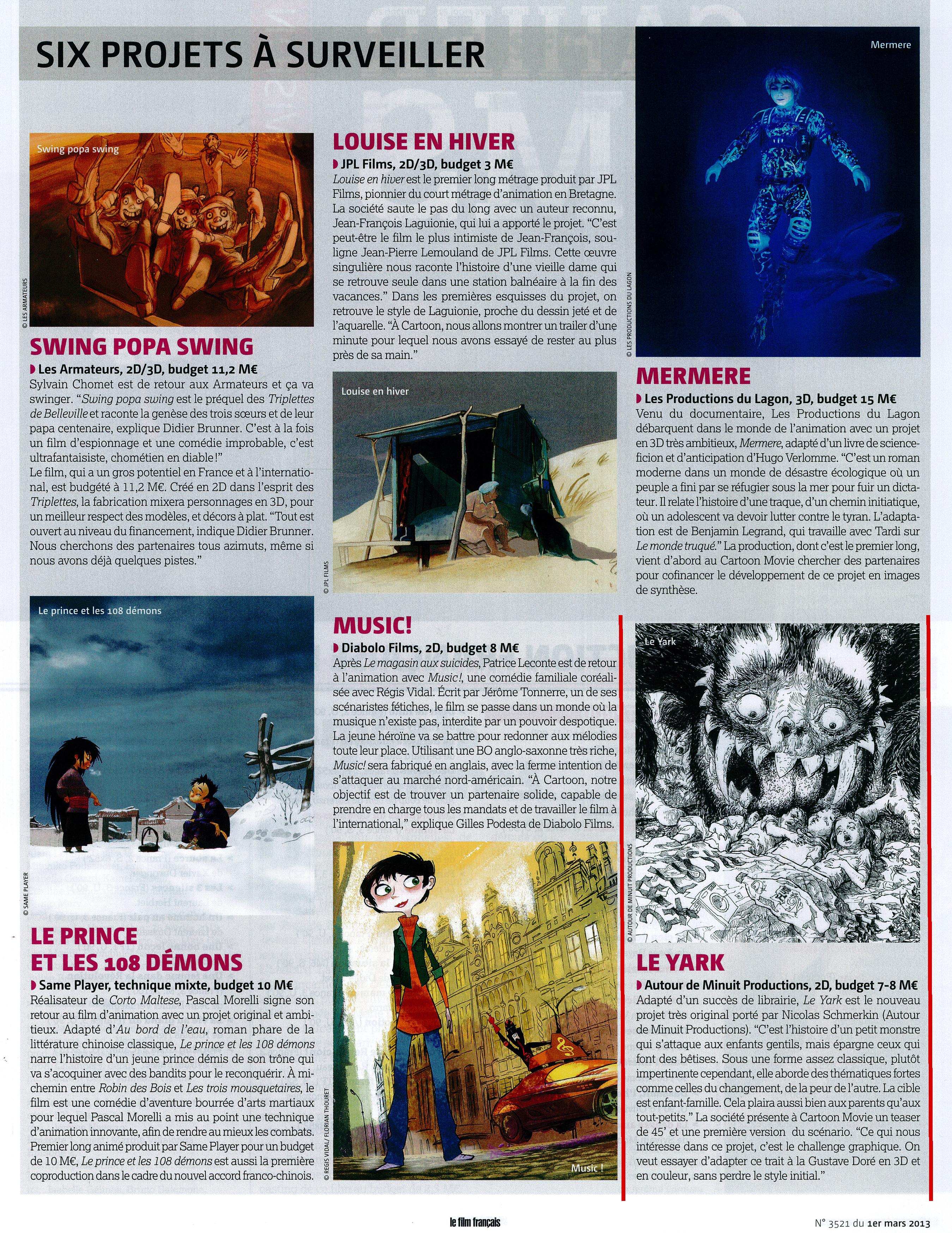 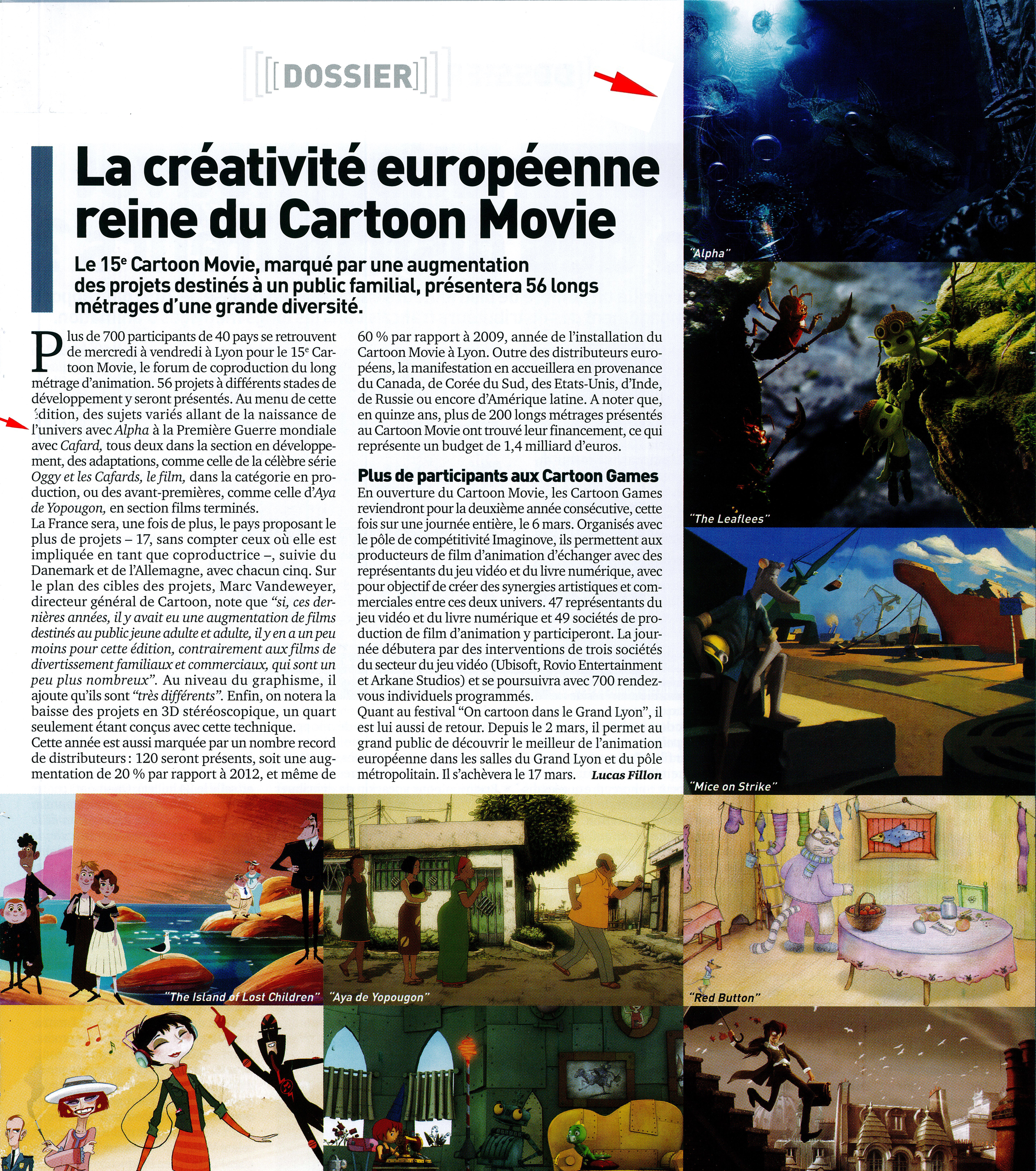