Here is the end of the year 2009, nice year for Autour de minuit and its latest productions. Les Inrocks and Cahiers du Cinéma take the opportunity to deliver their tops to us 10 2009 ! Jean-Marie Durand journalist at Inrockuptible classified Logorama and Lila n ° 1 of its top 10 2009 television section. And Thierry Méranger Cinema notebooks also registered Logorama in his top 10. 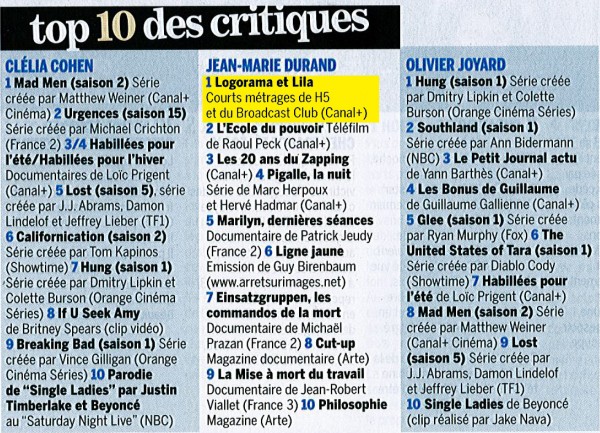 (read in english below)

After his Oscar pre-selection, Logorama is selected at the Sundance Film Festival (of 21 at 31 January 2010 à Salt Lake City).

The Short Film Elves have been working since 1998 for the promotion and distribution of the short film to the general public. This year again, Autour De Minuit will participate in the Night of the Elves where Dix was nominated for the edition 2010 of the festival.